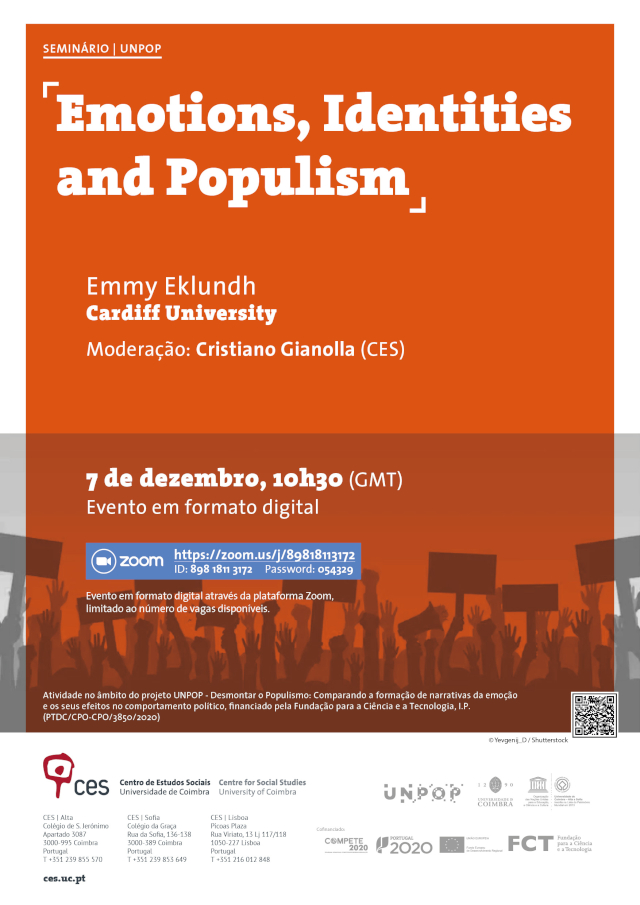 Populists are often excluded from political life on the basis that they are too emotional. Both social movements as well as political parties who are labelled as populist are accused of using demagoguery and manipulation in order to attract support and new membership. Often, these critiques emanate from the political establishment, creating a division between emotional and rational actors in politics. I argue that instead of seeing populism as a nominal or ordinal category, we should look at how the term itself has performative properties. I am interested in how populism as a concept is used as a tool for exclusion, and how being ‘too emotional’ is used as justification for excluding certain actors. I first contend that this perspective is endemic to political and social theory, and has long been utilised to marginalise women, non-Europeans, or young people. Second, I demonstrate how this perspective also pervades much of contemporary studies on populism, which do not sufficiently recognise the political implications of employing a strict divide between emotion and reason. Third, I further contend that by using a Laclauian framework which sees politics as equal to hegemony as equal to populism, one can conclude that populist actors are no different from other political actors; emotions and affects are always central to any political identity. Instead, the division between emotional and rational in politics serves to sediments exclusionary practices against newcomers and challengers of the status quo. I conclude by using the Laclauian framework, focus can be turned to the performative function of populism, and its political implications.

Thus, the series of events developed throughout the project will address several issues involving the recent growth of populism, focusing on the role of emotions - both those considered negative such as anger and fear, and those considered positive such as hope and love - in political behaviour.

UNPOP is coordinated by Cristiano Gianolla and Lisete Mónico and is based at the Centre for Social Studies and by  CINEICC - Center for Research in Neuropsychology and Cognitive and Behavioral Intervention of the University of Coimbra, and is funded by the Foundation for Science and Technology (PTDC/CPO-CPO/3850/2020)

Emmy Eklundh joined Cardiff University in January 2020. Prior to this appointment, she was a Lecturer in Spanish and International Politics at King’s College London. She holds a PhD in Politics from the University of Manchester (2015), an MA in International Relations: Global Governance and Social Theory from the University of Bremen, Germany (2011), and two BAs in Political Science and Latin from Lund University, Sweden (2009). Her research is located in the interface between European Politics and political and social theory. She is particularly interested in social movements and political parties on the left, and especially cases of left-wing populism in Southern Europe. She uses radical democratic frameworks to further our understanding of democracy in Europe, the challenges to our current liberal order, but also the possibilities for democratic reform. Current research projects include left-wing populist responses to nationalism, and resistance to European integration from the left. She also has a strong interest in the role of social media for political action, and how emotions and affect influence the way we think about political identities. She regularly contributes to media outlets on discussions on Spanish politics and populism (including the BBC, CNN, Sky News, CNBC, Swedish national radio, Newsweek).